Home
Blog
Why Do You Need to Convert Unicode to Inpage?

Unicode is a globally prevailing encoding format that has the capacity to keep texts in all different writing systems. Many character encoding formats were used widely before the invention of Unicode, but all of them had a Basic English language. Unlike them, the Unicode offers a diverse variety of languages, known all over the world. Basically, the Unicode assigns a code to every character or symbol to every language. It handles various interfaces with third-party facilities, only those who support Unicode. It contains a single set that supports every language in the world, with over 1,000,000 characters. It is implemented by multiple character encodings. The method of merging characters has led to its predominance internationally. The Unicode also has several types. The UTF-8 and the UTF-16 are most presiding among them. The UTF-8 encoding is mostly used in computers.

The Inpage format is a word processing format that is used for personal as well as professional use. It creates documents in many different languages such as Urdu, Persian, Arabic, Sindhi, English, etc. It was released in 1994. The Inpage format is most commonly used for books, newspapers, and magazines that need to be written in Urdu, Persian, Pashto, or Arabic languages. These are the languages that are commonly spoken in Pakistan or India. It can also be used for graphic design. This program is no exception to other ordinary programs. It works relatively like them. In the Inpage format, you can work with the files, you can also copy, cut, paste, replace, etc. This format not only makes the publishing convenient but also pretty enjoyable. It is multilingual, which means you can enjoy or fix your document in multiple languages. Inpage comes in two versions which are the Dongle version and the Online version. The Dongle version requires a USB or DVD. And the Online version is downloadable and uses an Email ID for registration. You can write stylized texts in the aesthetic Nastaliq font, used in it.

Why User’s Need to Convert Unicode to Inpage?

Inpage is a word processor application that consists of languages such as Urdu, Persian, Sindhi, Pashto, Arabic, and many more. It is used for creating documents in Urdu languages with Nastaliq font. Most users use the inpage converter to convert their inpage text to unicode format in such languages, provided by Inpage. It is mostly used by those who want to create their documents in Urdu. The printed results from Inpage are more reliable and faithful than the hand-written calligraphy.  The conversion process is very convenient.

Inpage has widely been used in Pakistan and India. It is also used widely in the UK. The users who want to put their Unicode text into the Inpage format. Using Inpage, they can convert Unicode text to Inpage format. You can create a table and write texts in any type of alignment. You can also stylize your text with built-in colors and features. It also provides the mobility of desktop publishing.

That’s all for why a user needs to convert Unicode to Inpage format. Hope you guys find our guide helpful. If you have any questions or suggestions, you can reach out to us by commenting below. 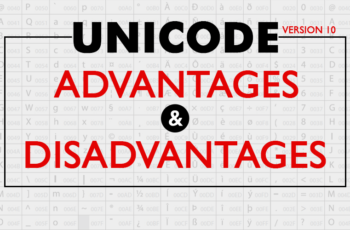 First things first, Unicode is a language processing format and …